Many Gruppe members see the Stoddard swap meet as a tradition, many going back to the late 80’s when they held their first one at the original dealership location.

And you know what? Many of them still go. I was a late comer having gone to my first one in 1992, but I have not missed one since.

My running mates this year, as usual, were Bill Rohrer and Dan mazur. The Rennstatt Racing truck held plenty of stuff and served us well, just like at the Hershey swap in April. 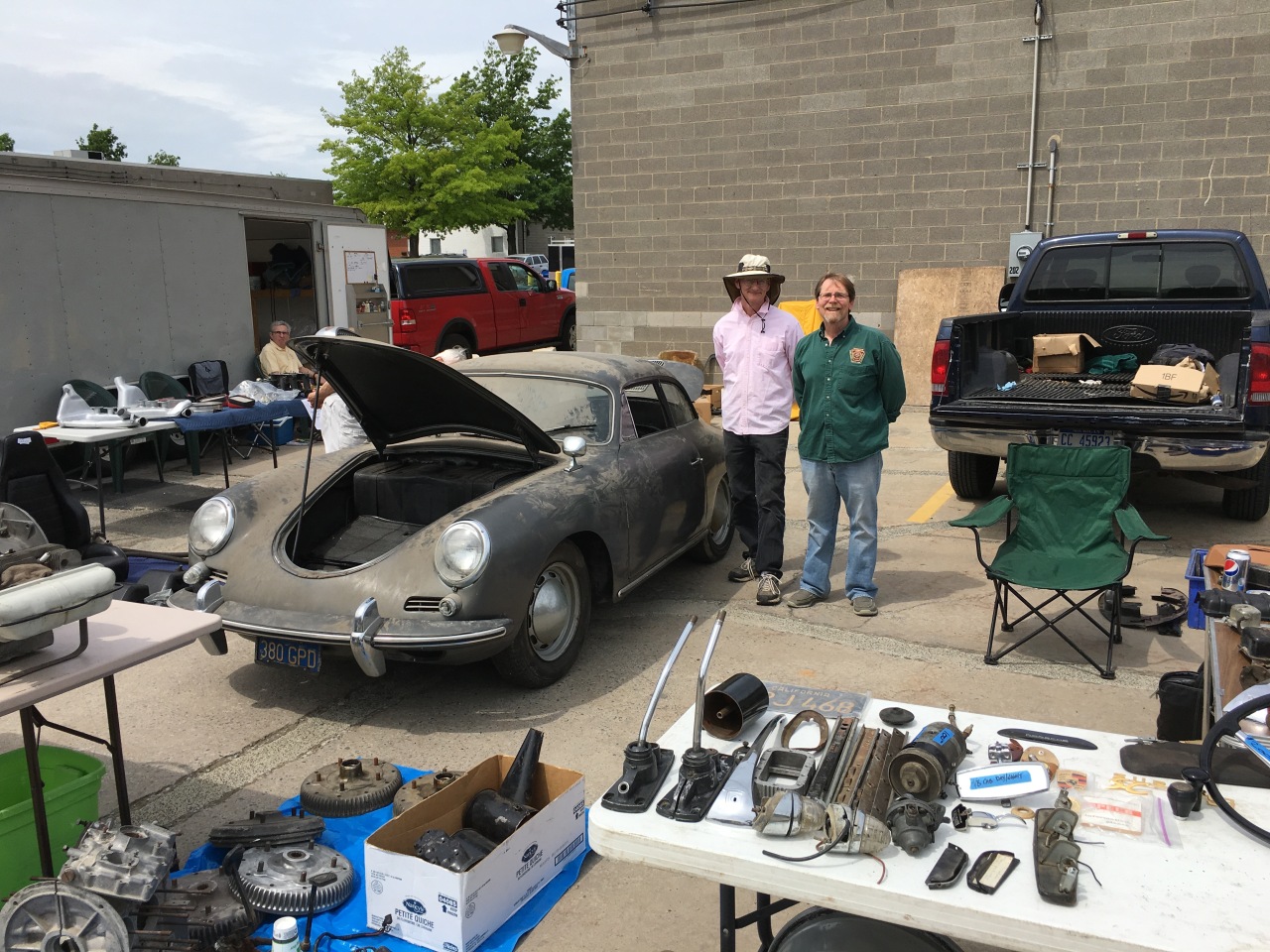 So yeah, we had stuff on our table but Bill and Dan also towed down their Garage Find Karmann Hardtop. Do you think anyone was interested in my early A generator or really nice shift levers? Nope, mostly people just bumped into the table on their way to look at the car. It had 25 tear’s worth of garage dust on it until the ride home when the unforecasted rainstorm washed it away. 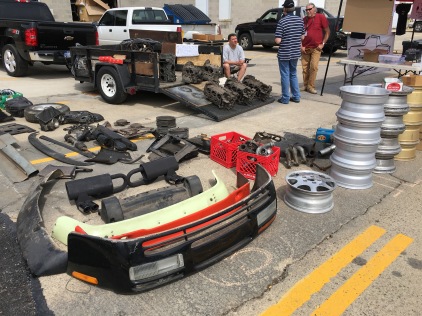 The vendors were plentiful and business was brisk, it just seems like there is no end in sight for the buying of 356 parts. 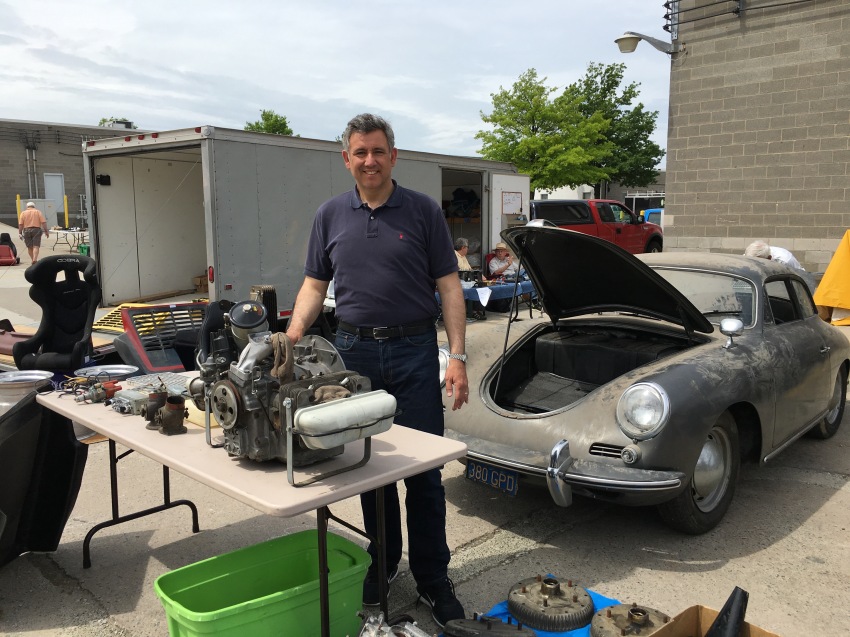 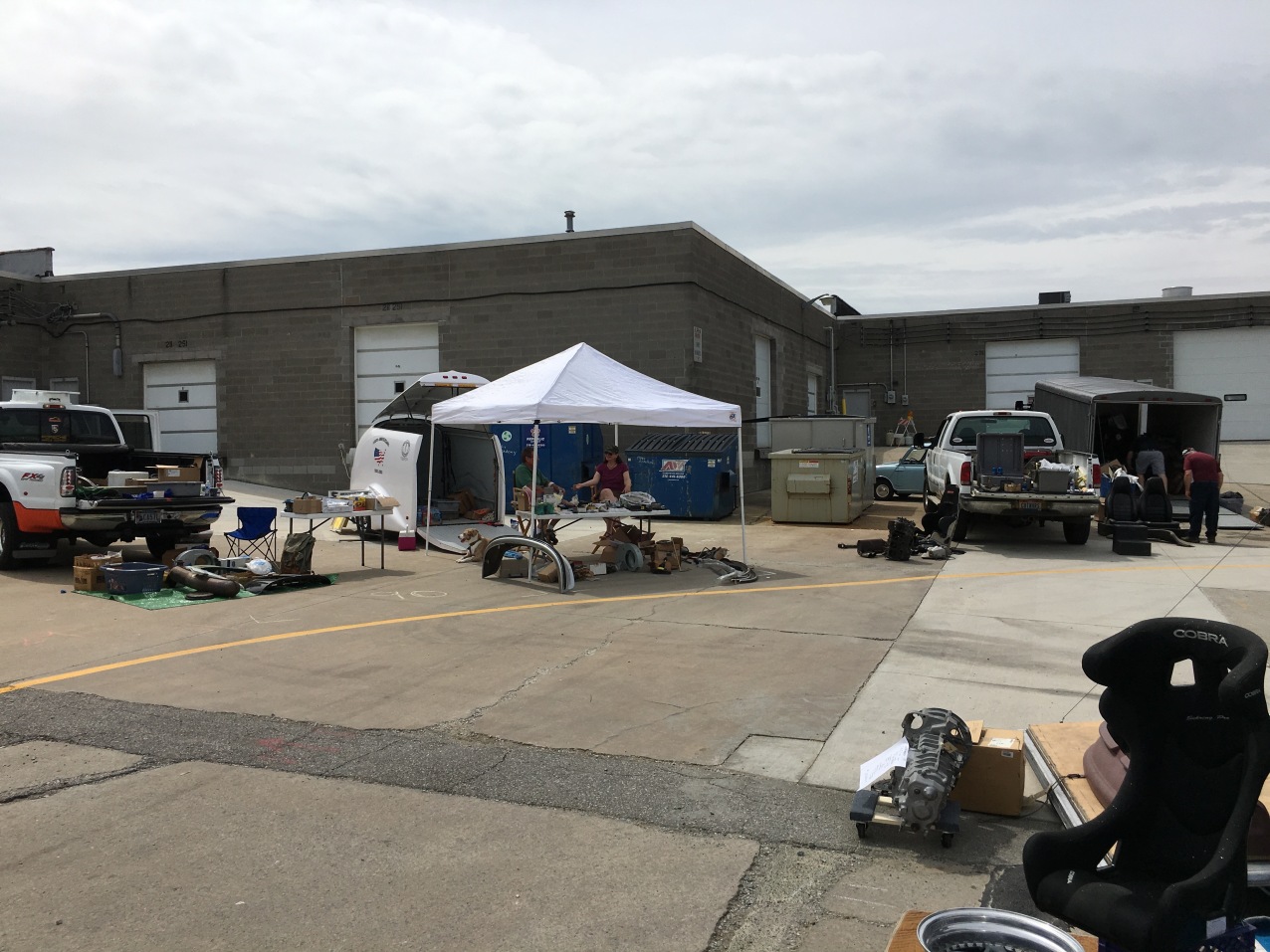 The evening before was the Literature meet also held at Stoddard’s HQ. Lot’s of neat stuff, both literature and car-wise shows up there as well.

Then a little dinner out after the lit meet solidifies the friendship between the Michigan and Ohio 356 fans.

But the day of the swap, Chuck Stoddard’s 912 powered VW Single Cab is always a hit. 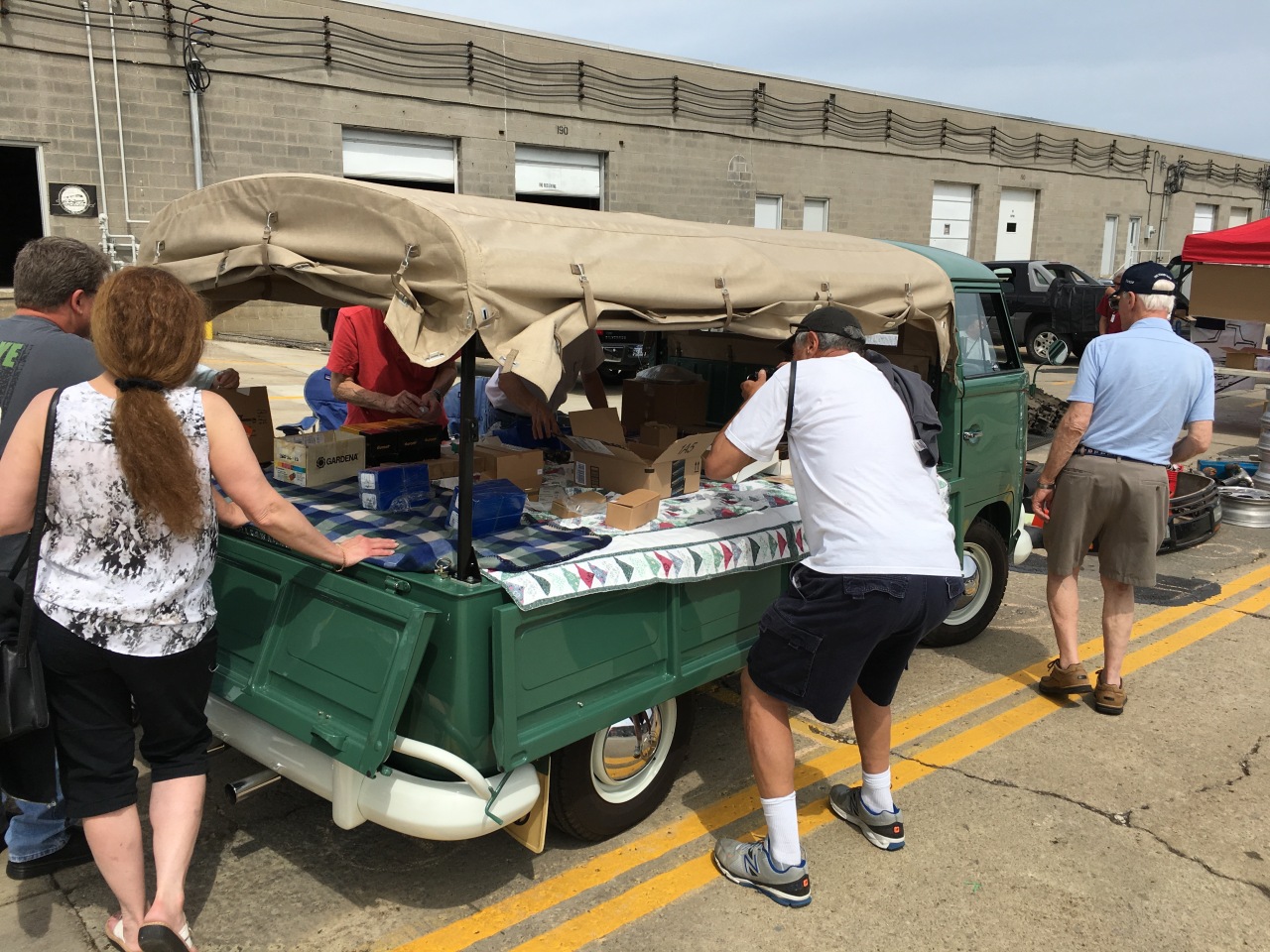 Even if you don’t need anything for your car and have no parts to sell the easy trip to Cleveland is worth the camaraderie. Look for announcements next year and join your fellow Gruppe members in 2017!