I received this story and pictures from Phil Planck regarding the Harbor Springs Car Festival.

“Nancy and I drove over to Harbor Springs today hoping to see some 356s.  It was not to be as we were the only one there. We saw three MGA’s, Two Healey’s, one TR3 and one Barndoor VW bus. The featured cars were rat rods, so we took lots of pictures of those. I enjoyed seeing the 55 100-4M Healey as I had a 55 100-4 years ago. There was a nice assortment of old cars and it was refreshing for the lack of muscle cars. We got there at 5:35 and the park was already full, so we  had to park about a block away on a street that was blocked off to traffic. 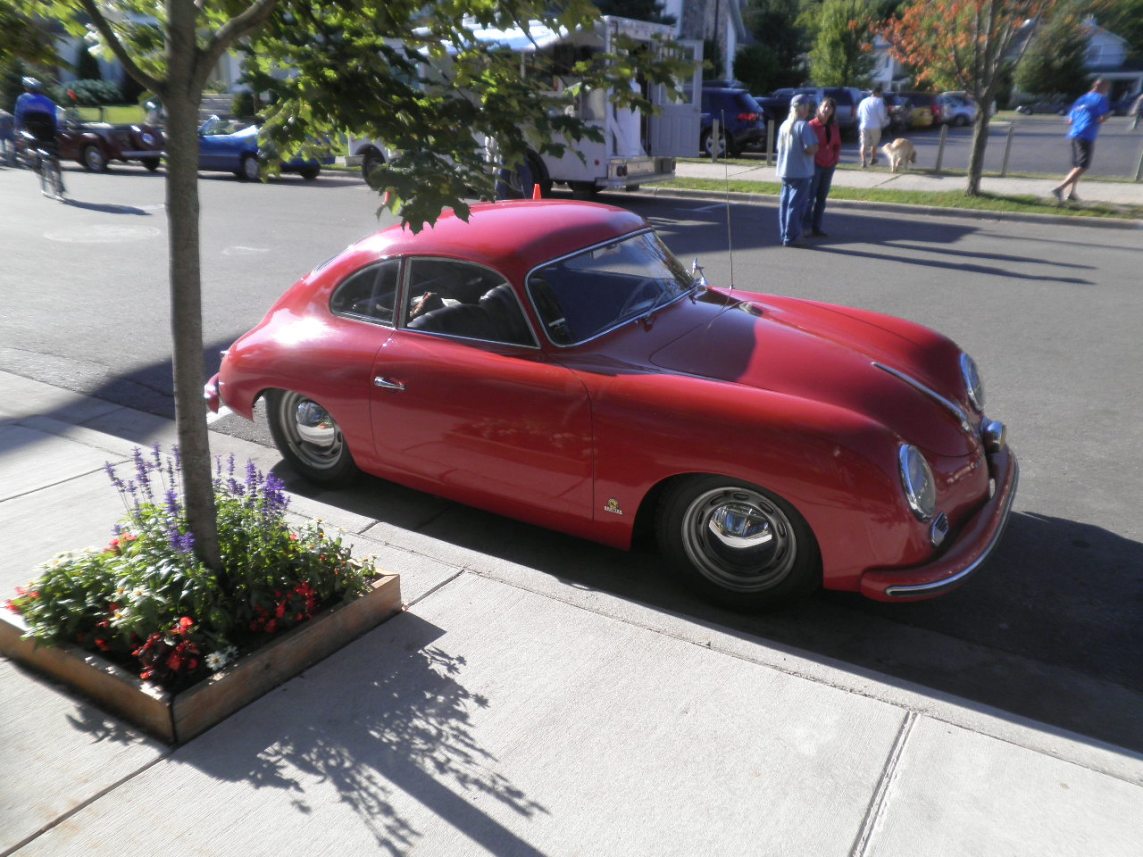 It worked out well as the cars were crammed in like sardines and it would have been hard to leave early as there was quite a crowd to negotiate around. We left about 6:30 and made it home at 9:30. I got to try out my new, improved headlights as I just installed a relay down by the dimmer switch which took the load off of the headlight switch. The method with only one relay works on Pre-A’s, but not later models. I have reconditioned the headlight switch once and that lasted about 10 years, but noticed it was really getting hot again on the way back from Santa Fe last fall and the lights were getting dim.

We took Old US 27 from Indian River to Gaylord on the way home. A nice drive. Car is ready for ECH.”

THE REST OF THE STORY
While preparing the Pre-A for the trip to Harbor Springs I think I mentioned  that I put a headlight relay in down by the dimmer switch.  In order to do this I had to remove the floor boards. While down under there, I found what I thought was a penny.  Found it on the work bench today and cleaned the crud off and it is a 1949 German coin.

This site has a little info on it which I found interesting:        http://coinquest.com/cgi-bin/cq/coins?main_coin=1632
Pre-A was a European version, not Continental, and C of A said for delivery: “Porsche factory car”.